Topics may eventually be moved to other Delica Canada forums.

We have completed construction, setup, food tasting, etc, etc, etc and our now open. The whole experience has been interesting to say the least, and though that is a long story we wouldn’t hesitate to do it all over again.

Want to welcome all Delica.ca members that might happen to make it to Chiang Mai to stop in – heck would gladly provide free taxi service for all the visiting Delica crowd. 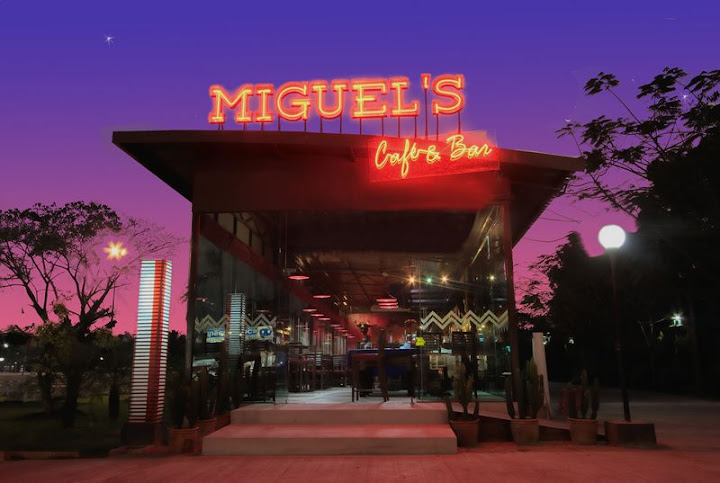 Opening day - these are the things I traded two Delicas for; 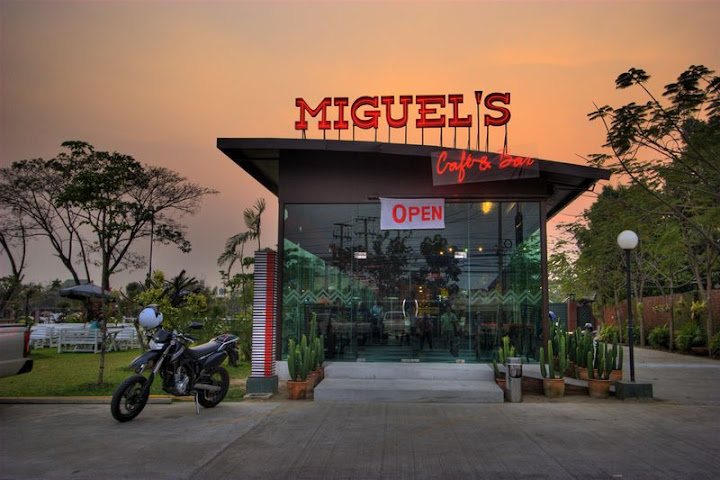 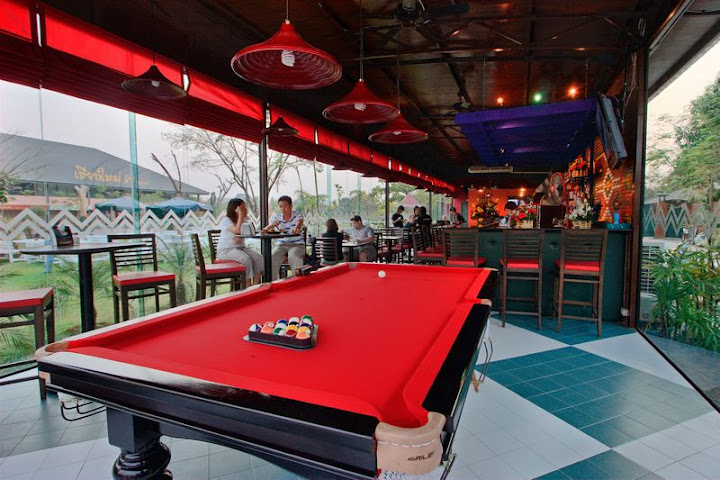 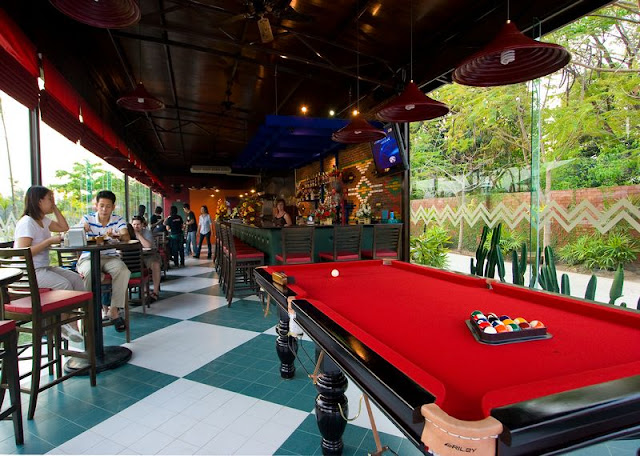 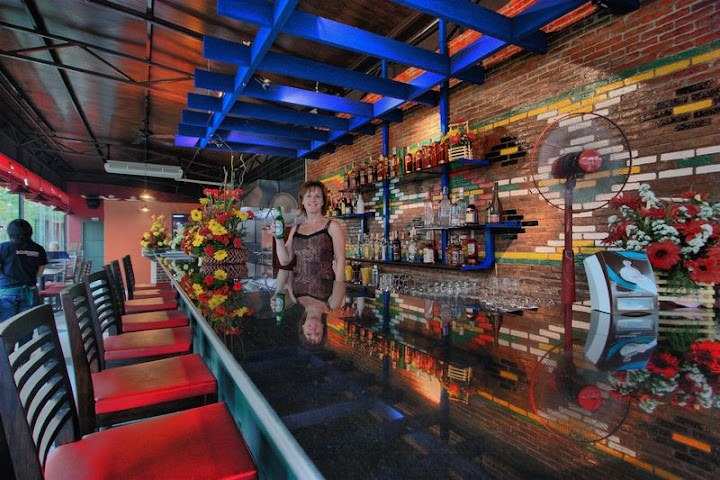 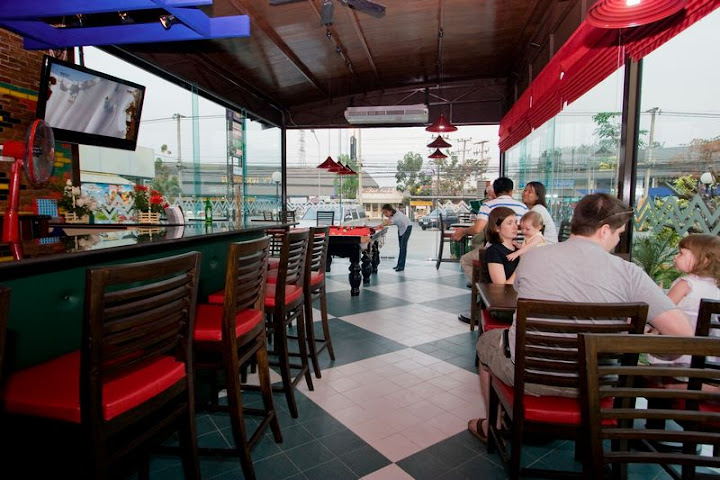 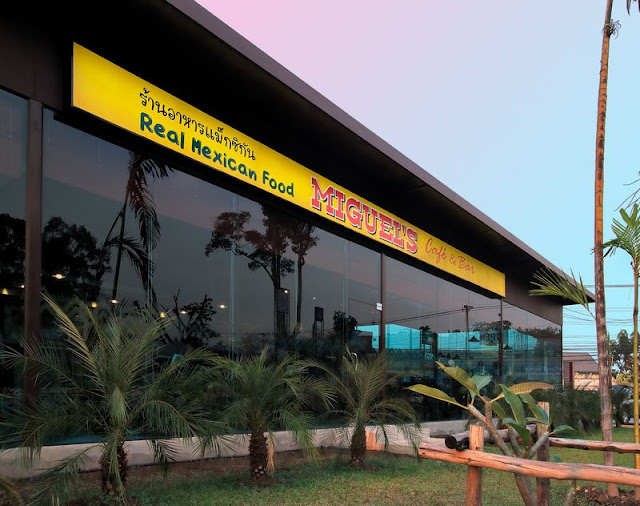 Well done, Kevin ~ you just need a big Mitsumaple on the wall now

Falco.
Sent from my smart pad, using a pen.

...... Vision without action is a daydream. Action without vision is a nightmare. ~ Japanese Proverb
Top
FalcoColumbarius

VERY NICE, I LOVE thailand, but the question is , do you have the standard, svedish,finish, german, english and thai versions of the menu lol,
I hope your place does well, I will be back in thailand this coming winter, Love to drop by and have a few singa, OR dos equi if its a mexican place.

I'm sure you will be hearing lots of Mac mac a roi' Sawdee Krup,
Noel

Nice work Kev, that looks niiiice. Me and my girlfriend are trying to plan a trip...maybe chiang mai should be on the, "high possibility" list.

http://www.miguels-cafe.com/menu1.htm, first person that brings me a Mitsimaple gets dinner on the house! English and Thai menus only.

Noel we only sell Corona (which I don't like, but don't tell anybody) for Mexican beer - and you should see what that costs here.

Congratulations and the place looks awesome!!!!!

that is fan-freakin-tastik! it looks great kevin, very fancy, modern westo coasto... decidedly not authentic (no offense, but authentic mexican restaurants buy their furnishings at wal mart ;)) and very appealing to the eye. looks like a simple and comfortable layout. i especially like the skiing channel you got on the giant flat screen.
an adventure well worth the trade, its a piece of art for that matter! randi looks great at her spot behind the bar, tell her i said to make sure to pour a few for herself!
Top
after oil

http://www.miguels-cafe.com/menu1.htm, first person that brings me a Mitsimaple gets dinner on the house! English and Thai menus only.

Noel we only sell Corona (which I don't like, but don't tell anybody) for Mexican beer - and you should see what that costs here.

So tell me, Kevin ~ for the benefit of our WVO clientele ~ are you running another operation out the back?

Falco.
Sent from my smart pad, using a pen.

...... Vision without action is a daydream. Action without vision is a nightmare. ~ Japanese Proverb
Top
FalcoColumbarius

mmmmmmmmm i just looked at the menu. thats a great menu. the slide show of the combos really got my mouth watering. but ill have 2 orders of fishtacos please, a corona (since you dont have modelo negra) and a shot of your finest tequila ;) please

suggestion? how bout some fruit salsas? that fish taco would go great with a mango salsa !seguro!
Top
after oil

Andy, it’s not fast but it is well priced; much less then many a used bike here – similar Yamaha or Honda would be double new. You can by a beautiful house here for what you would pay for a new Harley; something like a V-rod would get you a mansion. A fellow in our building owns a new Yamaha R6, which costs about 4-5 grand more here than Canada. Duty is a 100 % imports; but laws just changed on the taxes from 150 to 250 and my D-Tracker is assembled in Thailand – they say it’s made in Thailand but parts on it say made in Japan. It’s an awesome little scoot, can’t believe I’m getting 200 km’s on 5 liters regularly. Plus it’s fully legal, licensed, and insured, which on used bikes over 150cc is surprisingly rare.

Jesse, your sure deal with a layoff with class.

Ari, no Wallmart’s here so we had some furniture made new from some 50 year old teak. Trying for a decent by western standards fit and finish. Randi’s holding her on drink there in the picture, and it’s a well deserved one too. Mango season starts soon and we’re looking for a seasonal treat to offer; as Avocado season is ending the Guacamole is finishing up. Fresh every day of course. Hope I can offer you a double shot of Don Julio when you visit.

Have to stop myself from going on and on about all the things I designed; one neat project was the vinyl under the bar, it 6.5 meters long and 2 meters at the end AND the shop that made it then carried (by hand!) it 2 and half kilometer to install it!! Free beers for those gents of course.

Falco, in our practice cooking on site we didn’t want to just store 11 liters of rice bran oil (no unhealthy palm oil here) till opening. So. Haven’t noticed a difference with that added to about 20 plus liters of diesel in our truck. 35c weather helps……

very nice!! mexican is my favorite food, reading this made me hungry. I'm hoping to visit my brother in Thailand in the next year or so, I think he lives like 4+ hours south of where you are, we may have to make a motorbike trip up for some enchiladas

. Try and get dos equis or something in by then, I agree corona is not great :)

Easy now... Palm oil is not as bad as has been suggested. A sat. fat, sure, but sat. fats. are important in our diet, but must be balanced with other fats. Avocados are the same. As long as the oil hasn't been overly processed (esp. hydrogenated) you're good. Olive oil that has been overheated is more dangerous than pure palm oil. We have a jar of the the stuff on the go all the time - I eat lots of good organic butter too - Mmmm!
Scott, whose cholesterol numbers are perfect!

Two reasons I call it my scooter; first I feel terrified on a scoot at any more than 30 km in traffic, those tiny wheels on something that feels about the same as sitting, and riding up over 90km/h, on a milk crate with mini wheels doesn’t install confidence, plus the fact most are automatics – want to grab the brakes and full throttle at the same time – yahoo. Pulled a wheelie one day lost in conversation (fi 125), riding two up, and failed to note the truck running the amber to red light we needed to evade. Wish we had that on video. And most of the used bikes available for sale, or ones I rented for the day, were 400 to 750 motards (plus 2 year old CBR600 (one hour rental – too scary for Thai roads) and a BMW R1000 (maybe one day want) street bikes – forget about it with the crazy pot holes here) which were ‘mostly’ awesome on the highway but too heavy for slow speed city driving.

My little bike is just right and is an awesome city machine; rides over curbs no problem and feel nice at a slow walking speed. It's my scooter. Though was sorely tempted by a KTM Duke being sold in Chiang Rai, that I visited with that rented BMW – but that KTM, which was purchased in Singapore and toured 5000km around the Golden triangle before being offered for sale, cost roughly what it took to build our restaurant! Would have been in the dog house for a month or two, but almost would have been worth it. Guess how I spent 'my days' for the first few months here.